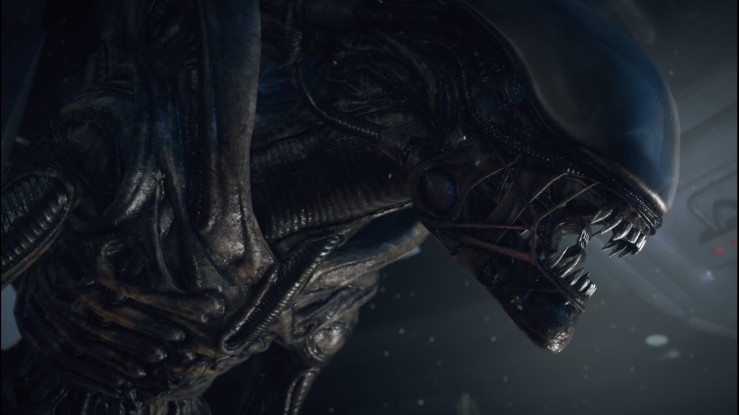 “You still don’t understand what you’re dealing with, do you? The perfect organism. Its structural perfection is matched only by its hostility.”

The sci-fi genre has produced some brilliant movies; but for a long time, it failed to produce one thing: heightened suspense. Sci-fi movies made you think, but they rarely got your heart racing. Alien, directed by Ridley Scott (Blade Runner, Gladiator) and starring Sigourney Weaver and John Hurt, changed the genre. With a tagline like, “In space, no one can hear you scream,” you know you’re in for a wild ride. It’s not just a great sci-fi suspense movie—it’s probably one of the best suspense movies ever made. It doesn’t skimp on the science fiction, but this movie is downright terrifying, and it does it without resorting to cheap jump scares or excessive gore. Though often imitated, this is a movie that stands up very well today and earns its spot on the watch list of any serious cinema fan.

The plot follows the seven-person crew of a deep-space mining vessel, the Nostromo, as it returns to Earth after a successful mining haul. When the crew is awakened from hibernation, they find they’re a long way from home. The ship’s computer was programmed to stop if it detected any signs of intelligent life, and that’s exactly what they stumble upon. But when a terrifying alien creature gets loose on the ship, they must fight to get rid of it before it kills everyone on board.

I hate to bring this up but, uh, this a commercial ship, not a rescue ship.

If this plot sounds familiar, it probably is. The formula has been copied many times, from fairly major movies like Leviathan to awful low-budget travesties like Leprechaun 4: In Space (which actually has a 0% on movie review aggregator Rotten Tomatoes). They’re all copying Alien. Watching this movie, it seemed pretty predictable, but I realized that it’s because this movie defined a sub-genre. A brilliantly original movie has been marred by cheap imitations over the years, which is a shame, because the execution of the formula in this movie is flawless. Make no mistake: the alien was the best sci-fi movie monster in the history of film. (And there was one major twist that caught me completely off-guard.)

There are plenty of films that have suspenseful moments, but very few that keep that heightened state as long as this one. Even before the alien shows up, there’s a vague, uneasy feeling amongst the crew. And after the alien shows up, nobody is safe and even the toughest crew members are powerless against the horror that unfolds. Everything about the alien is terrifying, from its appearance to the way it reproduces to its deadly proficiency in killing the crew. And the extreme isolation the crew faces only makes it worse—they’re millions of miles from home, and outside of the ship, nobody is around to help them.

Alien is a great sci-fi thriller with a smart script, a terrifying original creature, and outstanding mood. It’s not as action-packed as other mainstream sci-fi movies like Aliens and Terminator 2, but it is anything but boring. The terror and one particularly intense bloody scene may be too much for some viewers, but I didn’t think the movie went too far with those. This movie will probably be fine for most adult viewers. If you like sci-fi and thrillers, this is a must-see.