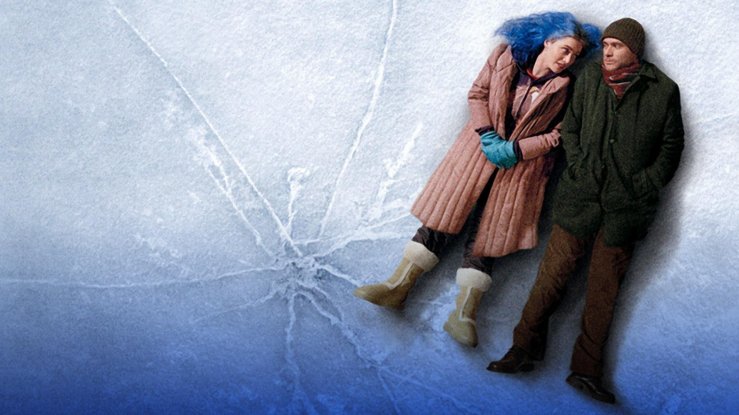 “What a loss to spend that much time with someone, only to find out that she’s a stranger.”

The manic-pixie dream girl is a common trope that pops up in a lot of movies. You know the ones, where there’s a guy who takes life too seriously and he meets this girl who’s wild and free and teaches him to have a new appreciation for life. Think Penny Lane in Almost Famous, or Holly Golightly in Breakfast at Tiffany’s, or Zooey Deschanel’s character in any movie she’s in. We always see the beginnings of the relationship and the transformation. But we never see how that plays out. We rarely see that while manic-pixie dream girls can be amazing, they can also be high maintenance, and it takes serious work to keep up the amazing aspects of the relationship—work that not every guy is willing to put in.

Eternal Sunshine of the Spotless Mind fills that gap by showing us a manic-pixie dream girl relationship after it has failed. Directed by Michel Gondry (The Science of Sleep, Be Kind Rewind) and starring Jim Carrey and Kate Winslet, this film offers a fresh look at what a romantic relationship really means and what it takes to make one work for imperfect people. It maintains a lot of that quirkiness from the other movies, but this one is layered with some heavy bittersweet moments as well. At times funny, at times sad, this is a great film about the ups and downs of love that doesn’t try to water down what makes relationships difficult, but still captures what makes them meaningful.

The plot is somewhat complex in that a lot of it takes place out of sequence. The film opens with Joel waking up and going through a somewhat mysterious set of actions (that all make sense in the end). While on a train, he meets Clementine, and there’s immediately some chemistry between them. Then we flash back and find out that the two have a history—which, apparently, neither of them remember. We see their failing relationship finally die. After a while, Joel bumps into Clementine and finds she has no memory of him. She’s had her memory of their relationship erased. Joel, enraged, opts to have the same procedure done. But as the procedure begins and he relives the key moments from their relationship, he begins to question whether he’d actually be better off not knowing her.

Too many guys think I’m a concept, or I complete them, or I’m gonna make them alive. But I’m just a fucked-up girl who’s lookin’ for my own peace of mind. Don’t assign me yours.

Despite being somewhat fantastic in nature, there’s a lot about this film that feels very grounded in reality. Joel and Clementine were two flawed characters and had some serious problems in their relationship; but there were also some amazing moments that made both of them better. Having Joel relive these moments as the procedure starts really brought their relationship to life in a way I rarely see in film. I myself have bipolar disorder, a major mental illness, and I saw some of the flawed parts of myself reflected back at me in both Joel and Clementine. The screenwriter really understood what real flaws look like, so Joel’s issues run deeper than working too hard and Clem’s run deeper than simply disregarding society’s rules. You see the best and the worst of their relationship.

Jim Carrey and Kate Winslet are at their best in this film, balancing quirky and funny with dark and broken. There are some laugh-out-loud funny parts, but there are also some moments that hit the deepest parts of your soul, and it all feels totally natural—there’s no blatant manipulation or cheap tricks here to make you feel for these characters. There were at least a few moments where I really didn’t approve of what they were doing to each other. The characters are just as complex as the plot, and I really loved both of them, even if I didn’t always like them.

Eternal Sunshine of the Spotless Mind is one of those films that affected me deeply on an emotional level, but it’s also one that kept me thinking. For being as complex as it is, it’s actually not hard to follow—the structure is not a barrier to understanding this film, and mostly just serves to make it more interesting. This is a great bittersweet romance for those sick of Hollywood romances glancing over the negative parts of relationships, and it’s got two of the best characters I’ve seen in any romantic movie. This may be too far off the beaten path for those who enjoy conventional romance movies, but I thoroughly loved it.