It’s well-known among movie-watchers: music can make a scene. Sometimes, scores are written just for a particular scene; but other times, a director finds a pre-existing song, one that has a life outside of the movie’s soundtrack, that fits just as perfectly. This is a list of the latter. A few ground rules. One, no matter how famous a soundtrack got, I’m not doing scores on this list. (Sorry, Rocky.) Two, it has to be a movie on my list of essential films, or a movie that will appear on my list. (Sorry, Wayne’s World.) All that said, here’s the list!

This is a bit different than the others on the list in that this song didn’t just make the scene—it was the scene, and it’s probably the most memorable scene in the movie. Seeing Marty McFly introduce this classic rock song to the era that invented it was fun, and they made a great time travel joke out of it as well. This song and its scene were the cherry on top of the vintage sundae that made up most of Back to the Future, bringing that world to life even more effectively than the rest of the film had.

The first film introduced us to the dragons and the viking culture, but Hiccup and Toothless have come a long way since the awkward rides of their early relationship. This song, by Icelandic artist Jonsi (probably more famous for his work with his band Sigur Ros), is epic and emotional, really capturing that limitless feeling that the scene is trying to evoke. You may not believe a man can ride a dragon, but you’ll certainly feel the freedom and excitement that such a thing would undoubtedly bring about. 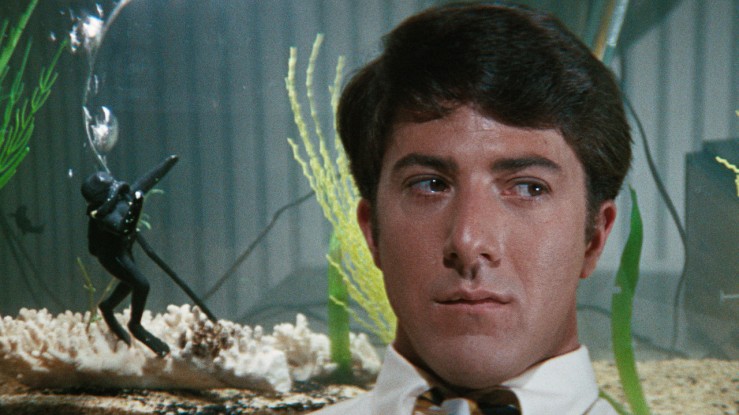 The Graduate was one of the greatest films of the 60s, and this song really embodies that culture and the themes the movie was dealing with. It’s a bit dark, even past the subdued intro, and it shows that there was a lot lurking just underneath the surface in the young protagonist. The opening scene is literally just one character standing there, so in many ways, this song was the scene, and it set the tone for that film wonderfully.

Though often spoofed, 2001: A Space Odyssey boasts one of the most epic opening movie scenes of all time, and it would lose most of its impact if not for this powerful instrumental song. (Yes, I know, it sounds like a score, but this song was composed and made famous about 70 years before the film came out.) The entire scene seems to have been built around this song, and I can’t think of any other song that would have had the emotional impact of this one. Seriously, try watching the opening scene on mute. It’s nothing without this song. 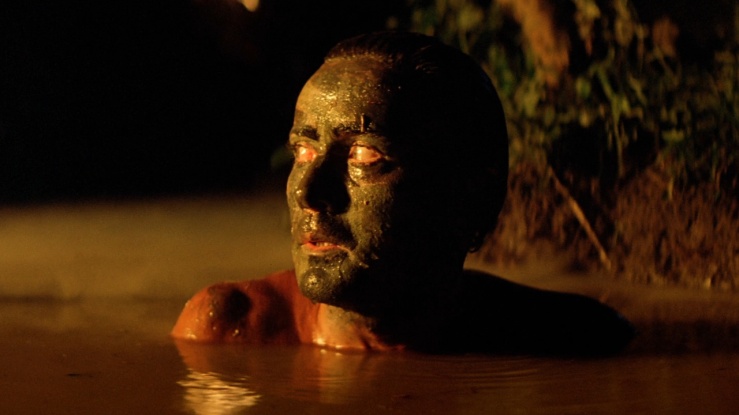 There was considerable outrage over the Vietnam War, and war in general, when this film came out, and this song in the opening scene does a great job of capturing some of that outrage. Singer Jim Morrison was asked about the song’s meaning in an interview and said, “Sometimes the pain is too much to examine, or even tolerate.” The opening scene in Apocalypse Now cuts back and forth between clips of the war and shots of a very defeated looking man trying to make sense of it all. And for that man, the pain was too much to examine, and becomes too much to tolerate. The build-up of the song fits perfectly with the man’s break-down—we feel his outrage in the song just as much as we see it on the screen.

Fight Club was both a gratuitous example of 90s angst and a fierce indictment of it. I don’t want to give anything away about the film or the scene this song plays in, but I will say that this song was the perfect choice. Just amazing.

The boombox scene in Say Anything was so iconic that I actually just saw it parodied in a movie (Deadpool 2) a few weeks ago, almost 30 years after the film originally came out, and most of the audience knew what it was instantly. This film was a coming of age for the next generation, Gen X, and it showed a romance very different than its predecessors. This scene and this song were perfect for the film, and most today will still think of the scene when they hear the song.

The Big Lebowski had a killer soundtrack, but none were more perfect than this Kenny Loggins song that plays over the wacky drug-induced dream sequence—one of the most memorable scenes of this hilarious film. The scene plays almost like a crazy, irreverent music video for the song, but thematically, it totally fits in the film, and it’s one of the things I look forward to every time I re-watch this movie. Wacky dream sequences in film go wrong far more often than they go right, but this one was a major hit, due in no small part to this perfect song choice.

This sing-along scene from Almost Famous was delightful, touching, and unforgettable—a major accomplishment for a sing-along scene, as most that I see in film tend to fall flat. But with barely any spoken dialogue, this scene captures the bond that’s formed between the characters, despite many of them having their own agendas. You know the tension is there, under the surface, but there’s this little reprieve where they can all just come together and be a family. This was one of the major highlights in this incredible film, and the song did more for it than any dialogue would have.

People weren’t quite sure what to expect out of this atypical superhero movie when it came out, but this opening scene made just about everyone fall in love with it instantly. The franchise and characters were largely unknown before the film came out, so there was no frame of reference. After a brief tragic note, we get to see Peter Quill with his devil-may-care attitude and hilarious dance moves, and we know what we’re in for. This franchise was the scrappy underdog of the Marvel family, but it ended up being one of the most popular of the bunch, and this fun little opening scene shows us why.