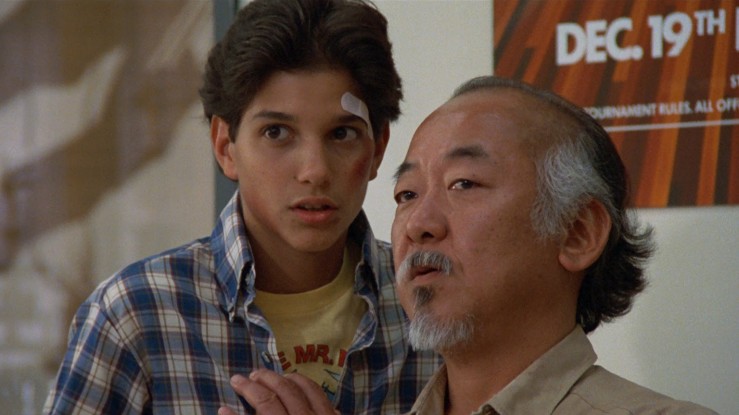 I’ll be honest: I initially didn’t want to include The Karate Kid on this list. Directed by John G. Avildsen (Rocky) and starring Ralph Macchio, Pat Morita, and Elisabeth Shue, it follows the underdog formula popularized by Rocky, but brings it into the 80s with the now-familiar stereotypes: the everyman teenage boy, the evil bully, the sweet girlfriend, the parent who just doesn’t get it. On paper, it looks very cliche and much like the sea of other 80s teen movies. I didn’t want to like it. But on a recent viewing, I realized that The Karate Kid has actually aged very well. The dialogue, while cheesy at times, has moments of clarity and humanity to keep the movie grounded. The villains are surprisingly well-written in the end (especially with some of the deleted scenes). Daniel is just such a likable character that it’s very hard not to like him. Even the martial arts aspects are very down-to-earth and not overdone (with a few notable exceptions from sensei Miyagi). If you can look past a bit of 80s camp and stereotyping, this is a real gem of a movie that still holds up well today.

END_OF_DOCUMENT_TOKEN_TO_BE_REPLACED 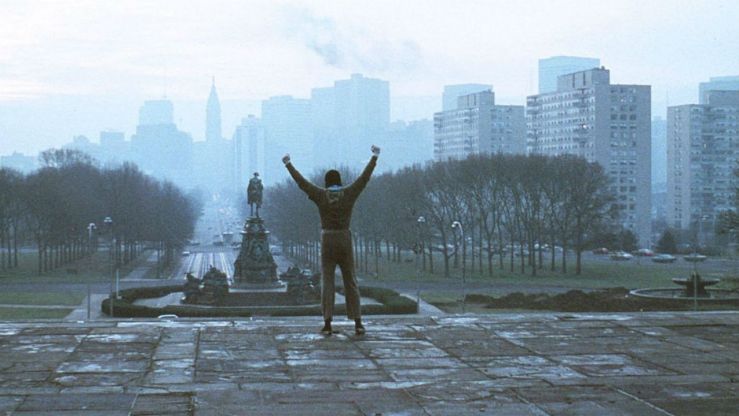 “Look, if history proves one thing, American history proves that everybody’s got a chance to win. Didn’t you guys ever hear of Valley Forge or Bunker Hill?”

A nobody can become somebody. Given the right chance, a talented nobody can find the power to rise to the top, and that power may have been within him the entire time. Regardless of whether it’s true, that’s the American dream: it’s the land of opportunity where anyone can rise to the top. Stories like that have been told before, but none seem to do it better than Rocky. Directed by John G. Avildsen (The Karate Kid, Rocky V) and starring Sylvester Stallone and Talia Shire, this is a success story that few can deny the power of.