It’s not often that you come across a movie with a brilliant and absolutely flawless script. The Godfather and Casablanca fall into this category, and I had heard a lot about them growing up. But I had never even heard of Chinatown until I started putting my list together. Directed by Roman Polanski (The Pianist, Rosemary’s Baby) and starring Jack Nicholson and Faye Dunaway, this is a film noir/mystery with a modern bite, and the script is absolutely amazing. In fact, most screenwriting classes and workshops will at least reference Chinatown. The mystery is great and keeps you guessing, and in true film noir fashion, it can get pretty dark. But this is a brilliant and entertaining movie that should be watched by any film fan.

END_OF_DOCUMENT_TOKEN_TO_BE_REPLACED 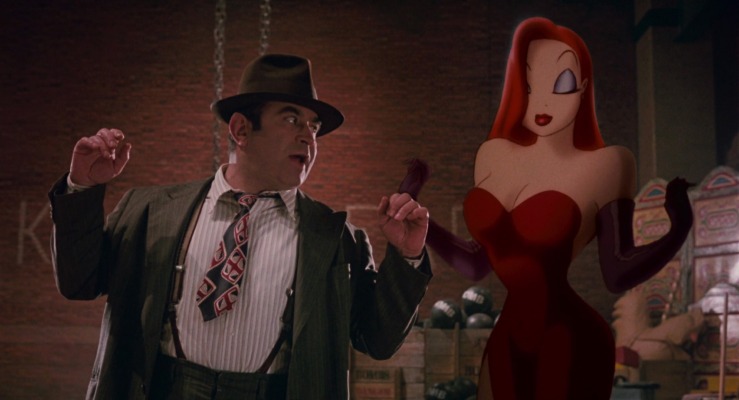 “Be careful with that gun! This ain’t no cartoon, you know!”

Every once in awhile, a movie comes along that asks, What if cartoons were real? These are usually cute and funny—for instance, Space Jam answers the age-old question of how well cartoons can play basketball. The original, though, is Who Framed Roger Rabbit, and it tells a very different story. Directed by Robert Zemeckis (Back to the Future, Forrest Gump) and starring Bob Hoskins and Christopher Lloyd, Who Framed Roger Rabbit is a film noir that asks what happens when a cartoon murders someone. It follows the classic film noir formula, but injects it with classic cartoon gags and logic. The result is a darkly funny and unabashedly unique mystery-comedy that’s unlike any other movie out there.

END_OF_DOCUMENT_TOKEN_TO_BE_REPLACED

“Death’s at the bottom of everything, Martins. Leave death to the professionals.”

The Third Man is a difficult movie to sum up. Directed by Carol Reed (Oliver!, The Fallen Idol) and starring Joseph Cotten, Alida Valli, and Orson Welles, this film noir is both suspenseful and whimsical, and seems to turn many Hollywood formulas on their heads. I’ll admit, there are a lot of movies that do suspense better, and a lot that do whimsy better, and even a few that do both just as well. But there’s something about this movie that’s just somehow more charming than others in the same league. It took me a while to reach this conclusion—I actually wasn’t all that impressed during the first half of the movie—but on reflection, I’m finding that I love this movie.

END_OF_DOCUMENT_TOKEN_TO_BE_REPLACED

“Murder is my favorite crime.”

I’ll go ahead and say it: Laura is the best mystery I’ve ever seen. Most mystery movies are needlessly cryptic, with the characters serving the plot in withholding key pieces of information until the very end. Not so with Laura, which allows each character to act naturally according to their own motivations while still maintaining suspense and unfolding into a masterful puzzle that keeps the viewer guessing until the very last minute. Directed by Otto Preminger and starring Gene Tierney, Dana Andrews, and Clifton Webb, this 1944 film noir mystery holds up extremely well today.

END_OF_DOCUMENT_TOKEN_TO_BE_REPLACED

“I don’t mind a reasonable amount of trouble.”

Film noir has its roots in the 1930s, but it really took off in the 40s, and movies like The Maltese Falcon really helped make it popular. This was the breakout movie for legendary director John Huston (The Treasure of the Sierra Madre, The African Queen), and acting from superstar Humphrey Bogart certainly helped too. So a new style, considerable acting and directing talent, and an outstanding story come together to create a truly amazing movie. As of writing this, The Maltese Falcon is one of the few movies to achieve a 100% score on movie review aggregator site Rotten Tomatoes, joining the ranks of movies like Citizen Kane and The Grapes of Wrath. If that’s not a strong enough testament to how good this movie is, I don’t know what will be.

END_OF_DOCUMENT_TOKEN_TO_BE_REPLACED

“The light that burns twice as bright burns half as long.”

Blade Runner is an iconic 1982 sci-fi film directed by Ridley Scott (Alien, Gladiator) and starring Harrison Ford. It walks a fine line between hard sci-fi and mainstream cinema, managing to keep the best parts of each: it poses some interesting moral and philosophical questions without overdoing it or sacrificing the plot for its message. If you’re not looking for the deeper questions, this is perfectly viable as a straight sci-fi detective story. But those questions are the most interesting part of the movie. It brings to mind a question from a character in Mass Effect, another sci-fi series that was likely influenced by Blade Runner: “Does this unit have a soul?”