“Frank, let’s face it. Who can trust a cop who don’t take money?”

There’s a whole sub-genre of movies about people who stand up for the right thing even when everyone else in their lives doesn’t care. Serpico, directed by Sidney Lumet (12 Angry Men, Murder on the Orient Express) and starring Al Pacino, takes that formula, but it does what few other movies like this dare to do: it’s not afraid to be messy, morally gray, and frustrating. If the combination of Lumet, Pacino, and a morally complex plot based on a true story sounds familiar, it’s because these things came together again in 1975 for Dog Day Afternoon—a testament to how well they worked in this film. Serpico shows us the harsh reality of a world where, even in the police force, morality is not so clearly divided into good guys and bad guys, and the struggle to do the right thing can be painfully tedious.

END_OF_DOCUMENT_TOKEN_TO_BE_REPLACED

“I want you to go to the window, open it, stick your head out and yell: ‘I’m as mad as hell, and I’m not going to take this anymore!’ ”

It’s hilarious and a bit eerie when a satire becomes so close to reality that it seems like a documentary, but that’s exactly what happened with 1976’s movie Network. Directed by Sidney Lumet (12 Angry Men, Dog Day Afternoon) and starring Faye Dunaway, William Holden, and Peter Finch in what may be the best performances of their careers, this film shines a light not just on the dark side of the television industry, but of the American psyche as well. Television executives (as well as radio hosts, YouTube celebrities, and many others) will air anything that gets ratings, and Americans will put up with an alarming amount of craziness to hear what they want to hear. This film pokes some fun at testing those boundaries, but the result is uncomfortably close to what we deal with in media (and politics) today. This film is biting, hilarious, and more relevant now than ever.

END_OF_DOCUMENT_TOKEN_TO_BE_REPLACED

This film has been featured on my podcast, Peculiar Picture Show. You can listen to the podcast episode here.

“It’s your job, right? The guy who kills me… I hope he does it because he hates my guts, not because it’s his job.”

They say truth is stranger than fiction, but you honestly don’t see that a lot. Most of the time, when I hear someone say truth is stranger than fiction, I just assume they don’t read a lot. Dog Day Afternoon captures that notion brilliantly, though, by telling the real-life story of a bank robbery more absurd than any heist movie I’ve ever seen. Directed by Sidney Lumet (12 Angry Men, Murder on the Orient Express) and starring Al Pacino and John Cazale, this film captures, almost in real time, a bank robbery as entertaining as they come. You’ll see a crime become a media circus. You’ll see a criminal become a folk hero. You’ll see what could be a very cliched and overdone plot made fresh—more so than most heist movies today—by a string of bizarre details about the culprits and situation. It’s smart, funny, and gripping, and it’s definitely the most entertaining heist movie I’ve ever seen.

END_OF_DOCUMENT_TOKEN_TO_BE_REPLACED 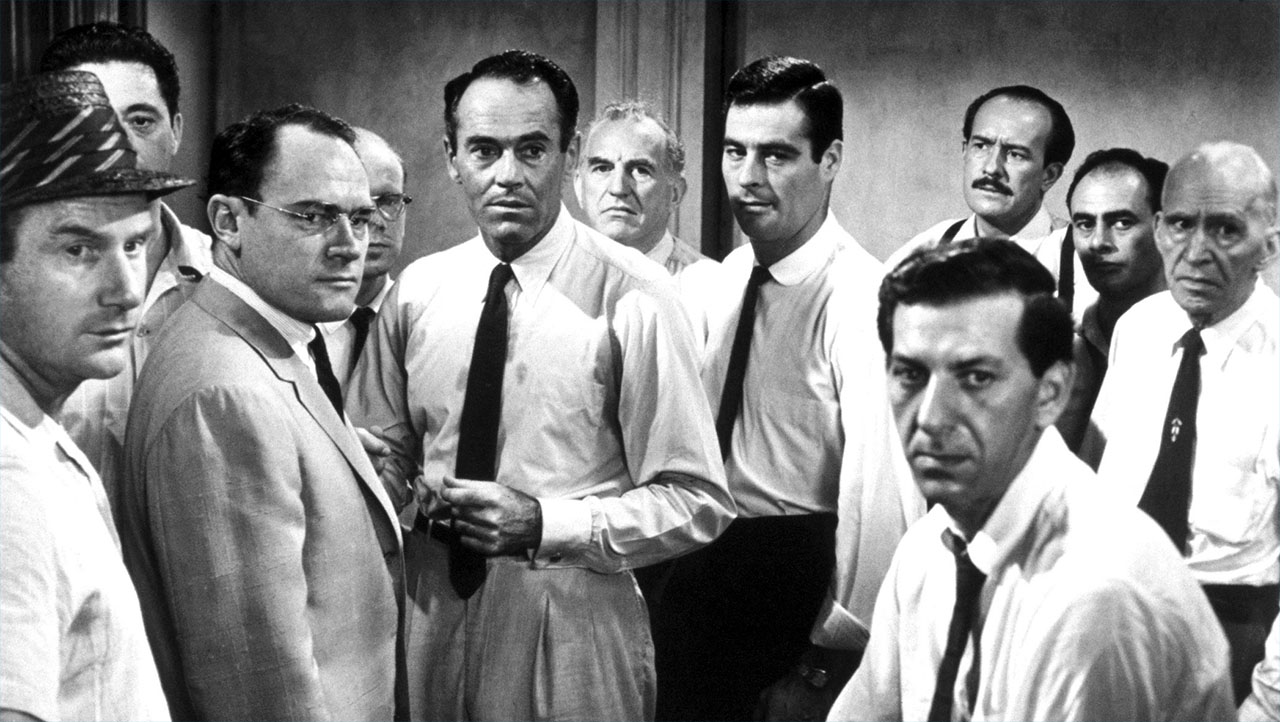 “We may be trying to let a guilty man go free, I don’t know. Nobody really can. But we have a reasonable doubt, and that’s something that’s very valuable in our system. No jury can declare a man guilty unless it’s sure.”

There are some movies that nearly everyone would enjoy, and there are some movies that nearly everyone needs to see at some point in their lives. 12 Angry Men is universally loved (it’s one of the few films to achieve a 100% rating on movie review aggregator site Rotten Tomatoes), but it’s also one I think everyone needs to see. The movie is not only an excellent drama; it’s also an excellent primer on the American judicial system, and a great parable for justice and prejudice in the modern world. Directed by Sidney Lumet (Dog Day Afternoon, Network), this relatively simple movie is absolutely flawless and earns its place as one of the best films ever made.

END_OF_DOCUMENT_TOKEN_TO_BE_REPLACED

“Only by interrogating the other passengers could I hope to see the light. But when I began to question them, the light, as Macbeth would have said, thickened.”

A good mystery is not obvious, but neither is it impenetrable: it will give you all of the pieces of the puzzle in a jumbled mess, and then one of the characters will put them together. Most mystery movies fail on some level—they are either too obvious or, to get around this, will withhold key pieces of information until the end. Murder on the Orient Express (1974) is a true mystery, and it’s a good one. Directed by Sidney Lumet (12 Angry Men, Dog Day Afternoon) and starring Albert Finney and an all-star cast, this is a movie that won’t necessarily thrill you, but it will delight you as the pieces come together and the complex picture is revealed.